COVID-19 / Coronavirus Update: What We Are Doing to Protect Our Clients
Experienced
Former Prosecutor
Fighting for You
Contact Us for an Initial Consultation
Home
Attorney Profile
Julie Ann Baldwin 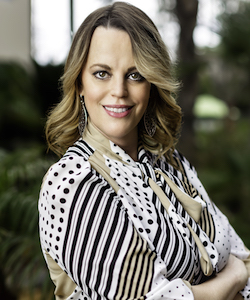 Julie Ann Baldwin served as a Deputy District Attorney in Riverside County for over fifteen years. As a prosecutor, Ms. Baldwin was entrusted with some of the most serious and sensitive felony cases in the county over the course of her distinguished career. Ms. Baldwin has handled thousands of cases, ranging from misdemeanors to murder and tried over fifty cases to jury verdict during her tenure as a prosecutor. She has established herself as a hard-working, knowledgeable, zealous, and compassionate advocate in the courtroom and among her peers. With this plethora of experience and passion for advocacy, Ms. Baldwin is proud to put her skills to work for you at the Law Office of Julie Ann Baldwin.

Ms. Baldwin was born and reared in the Inland Empire region of southern California. After graduating from Pacific High School in San Bernardino, California in 1994, Ms. Baldwin went on to graduate with honors from the University of California Riverside in 1998 with a Bachelor’s Degree in Political Science and an emphasis/minor in Law and Society.

Following her undergraduate studies, Ms. Baldwin continued to pursue her education at California State University San Bernardino, where she graduated with distinction and obtained her Master’s Degree in National Security Studies in 2000. While in her Master’s program, Ms. Baldwin also served as an itinerant teacher with the San Bernardino County Unified School District, working primarily with deaf and hard of hearing students at the middle and high school levels. It was here that Ms. Baldwin was able to experience first-hand her family’s love of learning and legacy of teaching others. This experience further heightened Ms. Baldwin’s personal passion and desire to help others in all aspects of life.

In 2000, Ms. Baldwin relocated to Del Mar, California, where she began working for attorney James H. Greer of Greer & Associates and attorneys Oliver Pelly and John Phillips of Phillips & Pelly, while also attending the University of San Diego School of Law. Ms. Baldwin thoroughly enjoyed the first-hand experience of working in private law firm and was also selected to work on campus as a Legal Writing Specialist, where she assisted first year law students with legal research and writing tasks, including the use of both Westlaw and Lexis-Nexis databases.

Ms. Baldwin also completed a coveted internship at the United States Attorney’s Office in San Diego, California in the Narcotics Enforcement Division, working on large scale narcotics interdiction cases, complex issues related to search and seizure law, and other border-related crimes. Following her federal experience, Ms. Baldwin was then selected to be an intern at the San Diego County District Attorney’s Office in Vista, California in the Law and Motions Unit, where she responded to motions to suppress evidence, motions for new trials, motions to consolidate, and motions to dismiss. Ms. Baldwin was awarded her Juris Doctorate in May of 2003, and simultaneously recognized as the Outstanding Criminal Intern of the Year. Ms. Baldwin was admitted to the California State Bar in November of 2003.

B.S., University of California Riverside, 1998
Degree in Political Science and an emphasis/minor in Law and Society

Contact Us
Criminal Law
Client Reviews
★★★★★
"In May of 2021, I was arrested for a domestic related crime and immediately contacted criminal defense attorney, Julie Baldwin, for help. Julie reviewed every aspect of my case and developed an aggressive defense strategy. Her years of experience as a deputy district attorney and assertiveness gave me confidence in facing my charge which was ultimately dismissed by the district attorney's office. I highly recommend Julie Baldwin to anyone facing criminal charges and in need of legal assistance." WC
★★★★★
"I was in a bad place when I contacted Julie to be my defense attorney. I had 4 felony charges on me because of what my ex-wife did. I had legal issues in the military and was going through a divorce. All at the same time. Julie was so positive and uplifting. Julie was extremely proactive with the steps she recommended I take to prepare for court. She was very involved with all aspects of my life. Julie was concerned with more than just my court case. Her first-hand knowledge of the legal system was top notch and very comforting..." ATI
View More
Submit a Law Firm Client Review